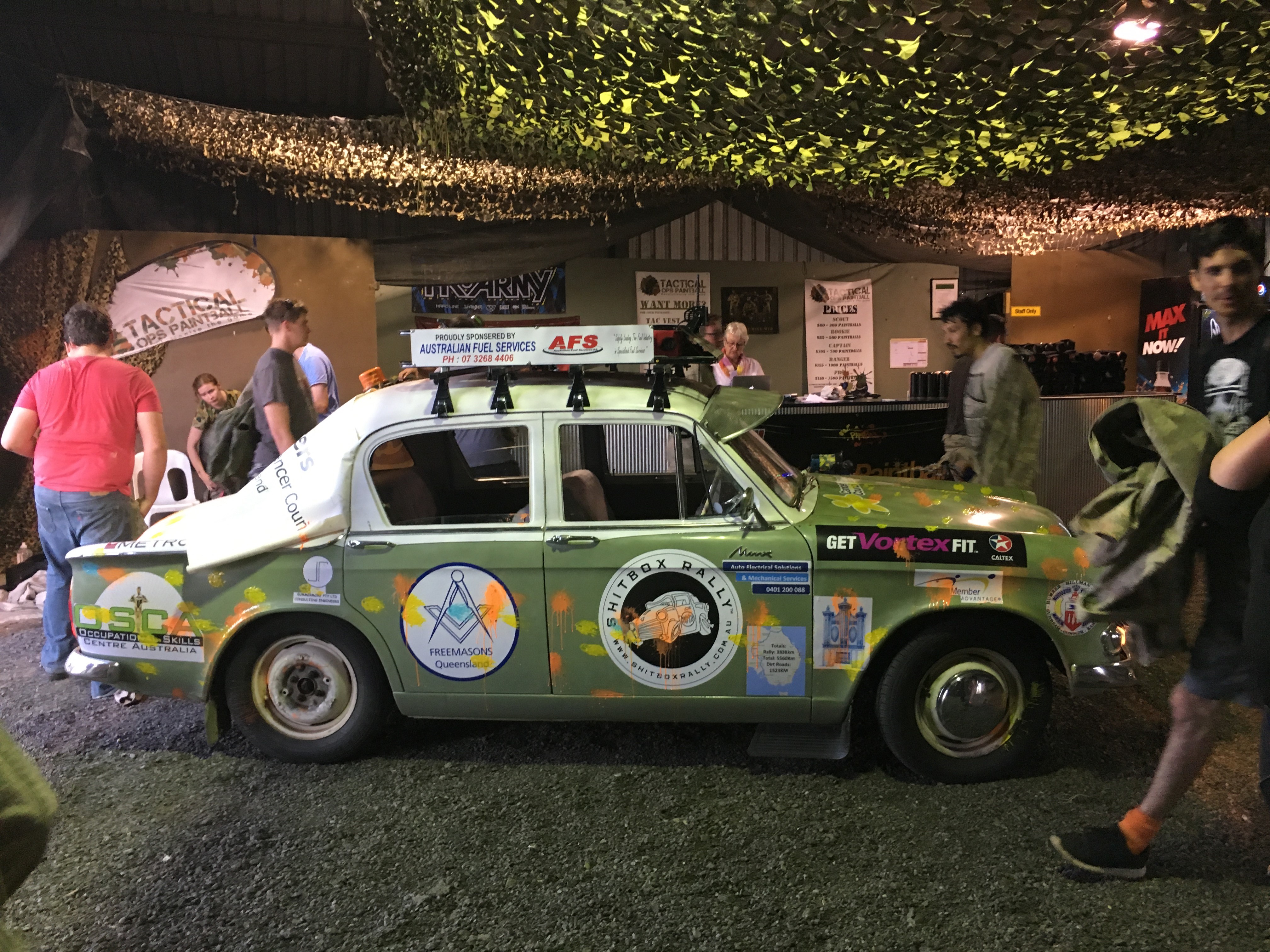 In April, the Stonecutters hosted a paintball day at Tactical Ops Paintball in Calvert, raising money for the Cancer Council in preparation for the annual Cancer Council Car Rally.

There were approximately 30 in the group, some friends and others who attended on the day, who all contributed towards The Stonecutters’ fundraising goals. The team managed to raise $508 through a portion of the registration fee and paintballs sold, which contributed to their total funds raised for the Cancer Council.

Thomas was reported to have been shot “a fair bit” and had a great time. The team was permitted to drive their rally car, a pale green 1960s Hillman Minx, onto the range to use for target practice and shelter during the games.

This year, apart from having an older car, the Rally has a new major sponsor, Bingle Insurance; the Bingle car will be in The Stonecutters’ buddy group, which will hopefully give them some additional publicity.

“Thank you to the lodges, brethren and sponsors who have donated,” said The Stonecutters. “We are grateful to have gained most of our sponsors through Masonic ties.”