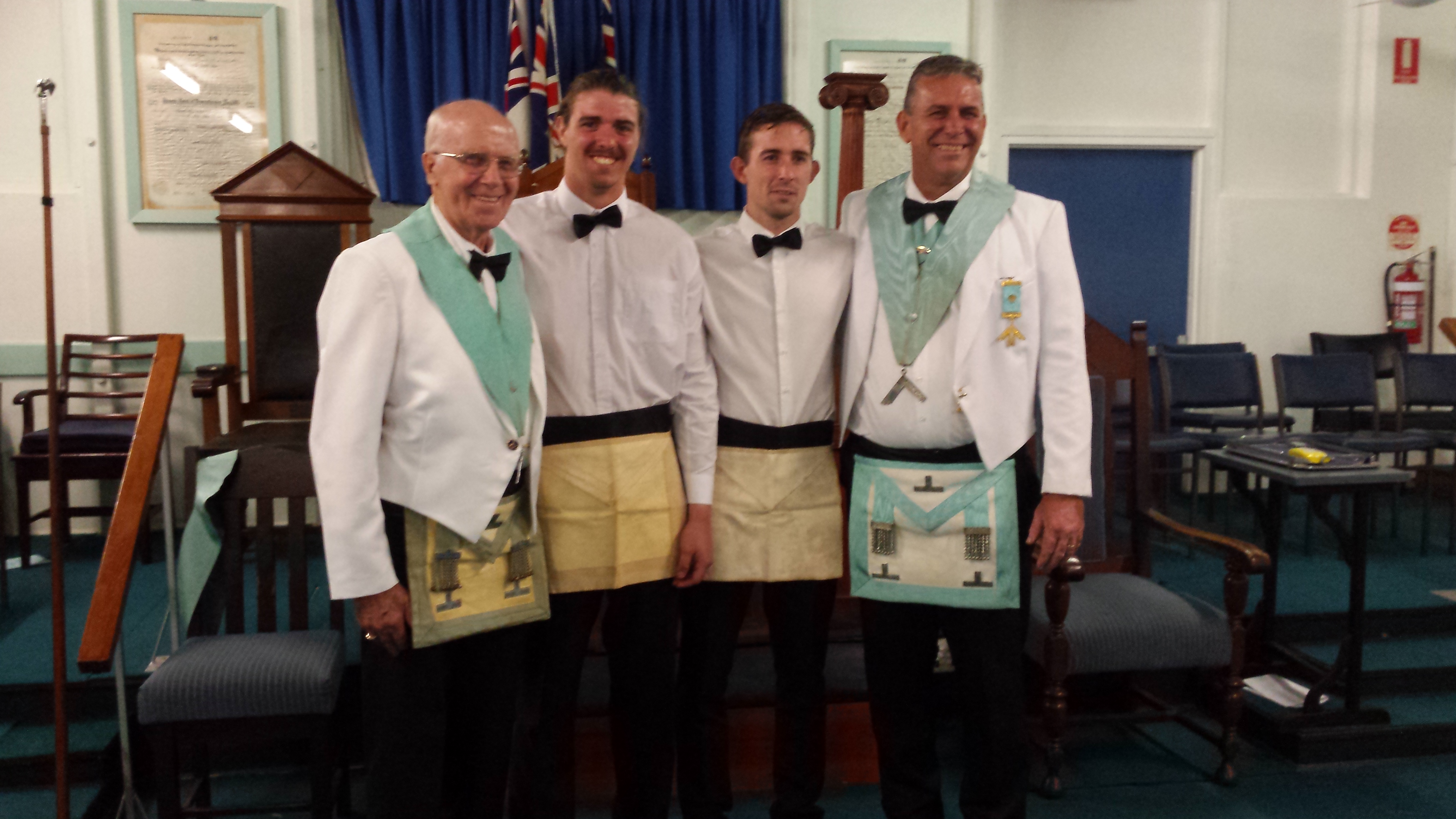 On Friday 19 May 2017, RW Bro Chris Tollner PAGM from Rockhampton was granted the privilege of initiating his two grandsons, William & Henry Tollner in Darwin Lodge of Remembrance in accordance with the South Australia and Northern Territory ritual.

The boys’ father, Wor Bro David Tollner, who is the Master Darwin Lodge of Remembrance, took over as Junior Deacon and conducted his sons, together with a friend of the family, RW Bro Neil Jensen PAGM who acted as Senior Deacon. William’s Godfather, Bro Steven Doherty, acted as Inner Guard.

More than forty brethren were in attendance, including a North Territory Grand Lodge team, led by VW Bro John Matthews, the Grand Superintendent for Darwin, three visiting Masters and visitors from as far south as Alice Springs and many places between. Darwin Lodge of Remembrance will long remember this memorable event.

As a visitor from Queensland, Chris was very impressed. Since that night, David had the opportunity to reflect on the meeting with brothers William and Henry. They were impressed by the ritual presentation and overwhelmed by the cordial atmosphere of the meeting. They are very much looking forward to their next degree.