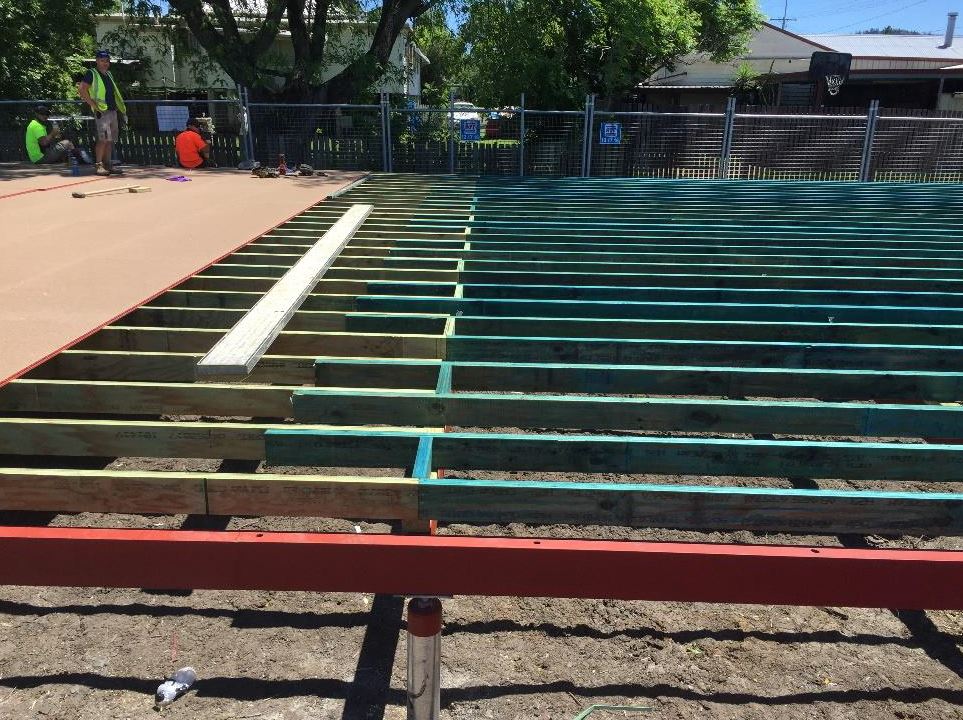 On 30 January 2016, an electrical fault started a fire in the 114-year-old Rosewood Masonic Centre built in 1902.  The fire is believed to have started in or near the kitchen which was part of the 1963 addition to the building.  The Queensland Fire and Emergence Service did not indicate there were any suspicious circumstances.

The supper room was beyond repair and some of the roof trusses were completely burned, so the roof was unsafe in that end of the building.  The Lodge Room by contrast has fared much better.  There was considerable heat, smoke and water damage, mostly near the Senior Warden pedestal and the windows were broken to allow smoke to escape.

Fortunately, the Lodge had insurance. We are pleased to report construction has begun and they anticipate its completion in February 2018. While they tried to retain the original magnificent structure, unfortunately there were too many regulations and the cost was too great.

In the meantime, Rosewood Lodge 120 have been meeting in the Harrisville Masonic Centre owned by Fassifern Kilwinning 83.

“They welcomed us with open arms,” said Victor Chandler, secretary for Rosewood Lodge. “The brothers Masonically offered to let us meet for free, however we reached a decision to pay a minimal amount of rent.”

Interestingly, the members of Fassifern Kilwinning provided the architectural plans for the building in 1902 and assisted with its construction, so their continued support for Rosewood Lodge is admirable.

“We have received nothing but helpfulness, consideration and kindness,” said Victor.