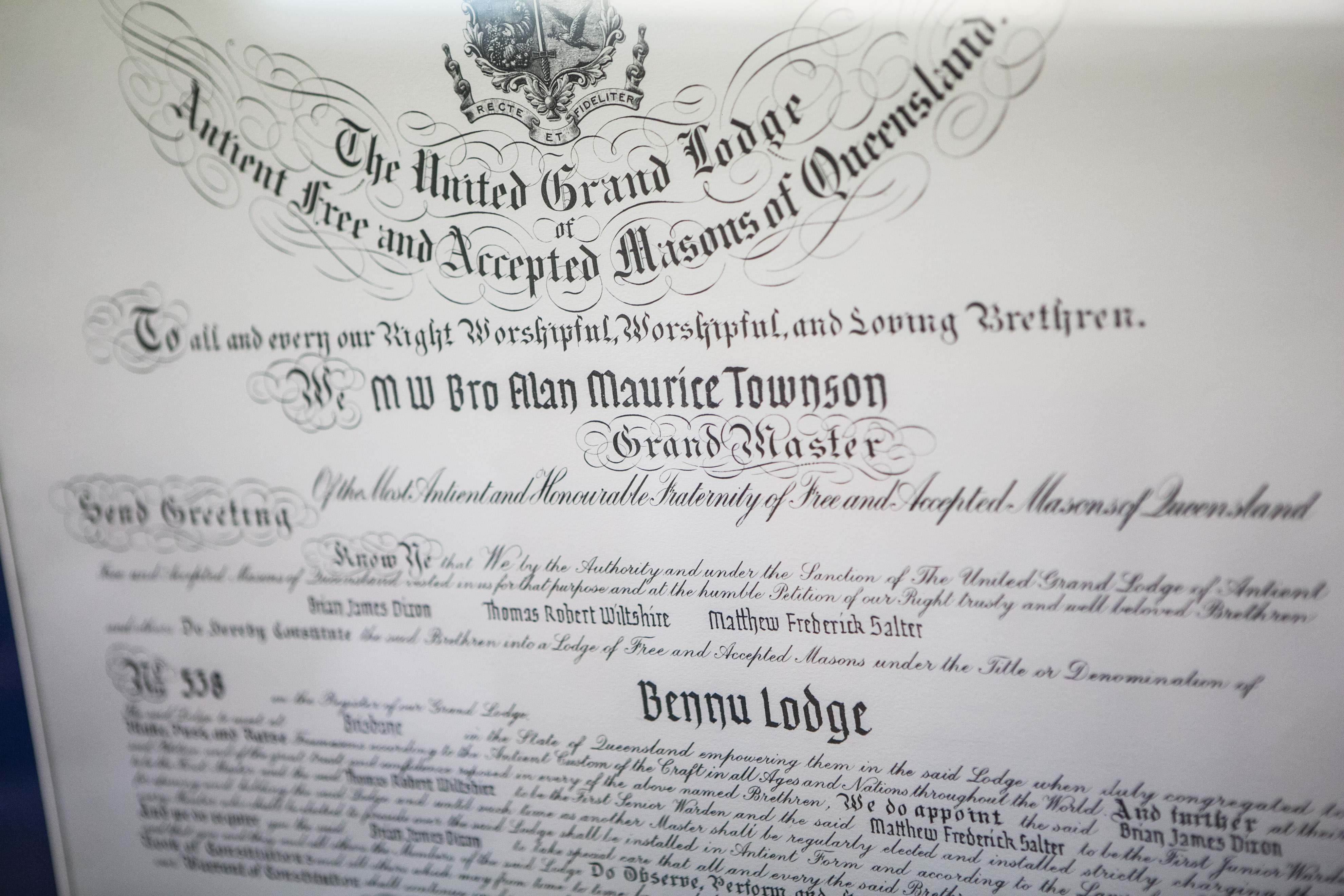 Freemasonry incorporates many symbols. The Bennu (“ben-oo”) bird is the mythological phoenix of Egypt, an ancient deity linked to the sun, creation and rebirth. Thus, it represents renewal, creation and life. The Bennu is emblematic of the strategy behind Bennu Lodge No 538 in creating vibrant and viable Queensland lodges via transformation and renewal.

The idea for Bennu Lodge was formed out of a commitment to look for ways to create viable lodges and possibilities for the future. The process for forming the Lodge was designed to reduce the discomfort and resistance that often accompanies change. Under the Bennu model, Sunnybank Lodge No 264 and William McLeod Lodge No 241 formed an alliance to create a new entity.

Bennu Lodge No 528 is Queensland’s newest lodge. The Lodge was consecrated on Saturday 29 October 2016 at the Stones Corner Masonic Centre. It was open to the public and was the first consecration The United Grand Lodge of Queensland has held in fifteen years.

Read more about Bennu in our upcoming December magazine.