Endeavour Lodge returns to its roots 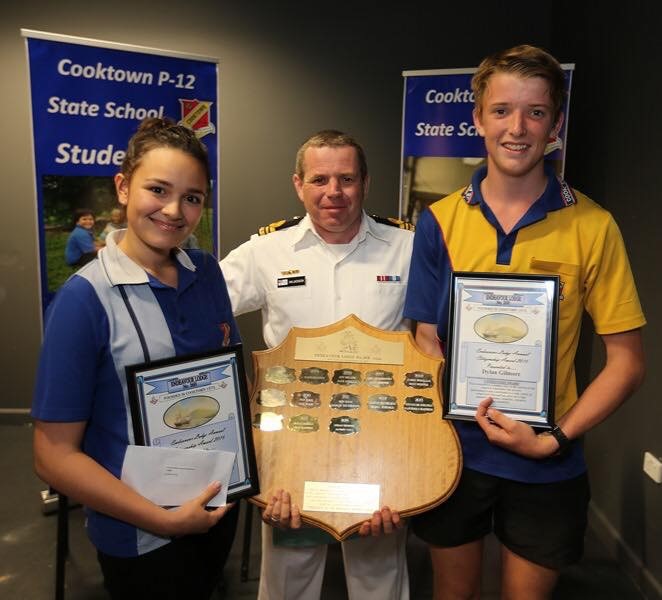 Founded in Cooktown, Far North Queensland in 1875, Endeavour Lodge No 26H is one of Queensland’s oldest lodges, celebrating its 140th anniversary last year.  Despite moving to Cairns, the Lodge maintains strong links to Cooktown and many local residents are engaged as members. The Lodge inherits its name from the Endeavour, the British Royal Navy research vessel in which Captain Cook landed in Australia at what is now known as Cooktown.

Enjoying the freedom that its travelling warrant allows, the Lodge always meets at least once a year in Cooktown to celebrate its foundation and maintain its strong links to the community.

Since 1992, Endeavour Lodge has sponsored two bursaries at Cooktown State School. Last year, Junior Warden of the Lodge, Bro Lieutenant Commander Ian Jackson, attended the school on its awards evening to present two students with certificates and bursaries. The school’s highest performing students, Dylan and Jaymie, who were awarded, stated they will use the $250 bursaries to further their studies.

The students were selected by the school staff, as they actively participate in and contribute to a wide range of school activities and exemplify a high standard of industry, reliability, initiative and sociability.

Bro Lieutenant Commander Jackson commented, “It was an absolute privilege to represent Endeavour Lodge and Freemasonry on this wonderful evening. The students were highly recommended by the principal and very deserving of the bursaries. Some of the fundamental principles of Freemasonry are charity and to foster good citizenship and values within society, and it was tremendously rewarding to be allowed to represent the Lodge and justly reward two young people for their efforts.”