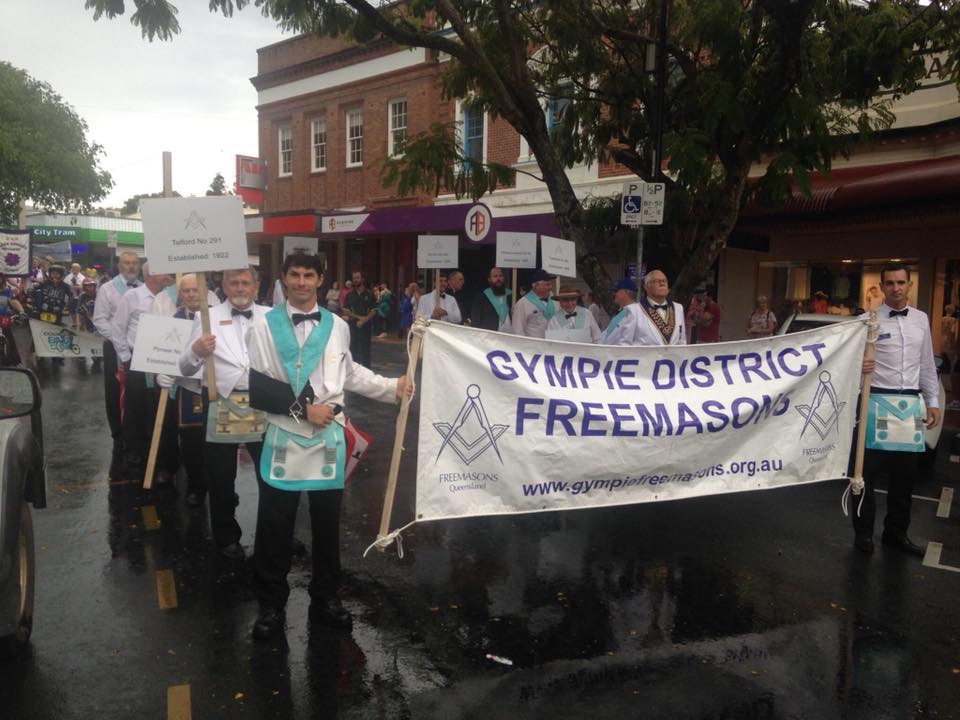 Gympie Lodge celebrated its 150-year anniversary (its sesquicentennial!) in October, around the same time we celebrate the 300th anniversary of the United Grand Lodge of England.

Gympie, originally called Nashville, was established in 1867. Just two years after this, the first lodge, Nashville Lodge (now called Pioneer Lodge), was established on 24 March 1869 under the United Grand Lodge of England. The first Master of the lodge was Edward Henry King who was also the first Gympie Goldfield Commissioner. The inaugural meeting was attended by the District Grand Master, Sir Augustus Charles Gregory, Queensland’s first Commissioner for Crown Lands and Surveyor General.

The original lodge building on Duke Street was completed in time for the inaugural meeting of Nashville Lodge in 1869 and still stands today. It is one of Gympie’s oldest surviving buildings from the Gold Rush days. As Freemasonry in Gympie expanded, the premises at Duke Street became too small and in 1901, our current lodge building on Channon Street was built for £1,170 pounds ($172 658 in today’s currency).

The Freemasons have been an active part of the Gympie and District community since their establishment and have assisted many organisations and individuals in the area over the years. In recent times, they have contributed nearly $100 000 to local worthy causes in. Recipients have included:

In addition, a number of lodges provide ongoing support to their local schools through awards and other donations.

Gympie and District Freemasons entered a float in the Gold Rush parade which celebrated the discovery of Gold in Gympie in 1867. On 14 October 2017, Freemasons from as far afield as Cooroy, marched in the Gold Rush Parade in full Masonic regalia behind the UGLQ vehicle which was kindly driven by the Grand Secretary, RW Bro Ian Tomlinson. Despite the inclement weather, 26 brethren participated from nine lodges in the Gympie District. Feedback from the community has been so positive and encouraging that the district brethren hope to participate again in 2018.

There were approximately 30 attendees at the Open House event with eight members from the public. VW Bro Adan Taylor from Lord Duffering Lodge gave an audio-visual presentation, followed by question and answer session. The presentation was followed by afternoon tea and a chance to mingle and meet attendees.

They have already received two nominations for initiation as a direct outcome of the activities, with a third possible to come.